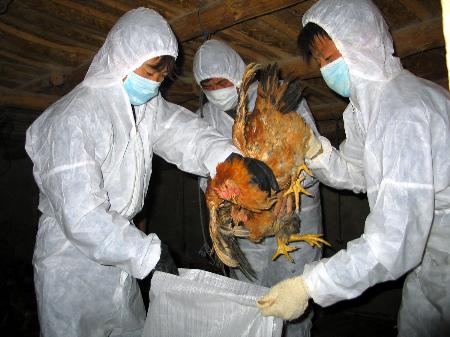 H1N1
The numberplate of the beast.

Avian flu
Flu that is spread across the planet by hire-car drivers.

Spanish flu
Strain of influenza that isn’t dangerous during the early afternoon.

Sky falling on your head
Feared by medieval man, experienced by modern man whose satellite dish has become unhinged.

Flood
When Noah took all the animals into the ark of the covenant for forty days and nights and the few humans left with him nearly died from the smell.

Pole shift
They all go back to Poland leaving thousands of bathrooms unfinished. No-one can wash, disease breaks out, and millions die.

Famine
Less of a problem as no one has any teeth to eat with anyway.

Pestilence
People bothering others by continually asking if they have any food.

Alien invasion
The Poles come back.

Giant asteroid
Very painful way to go. The cure is even worse – it involves Bruce Willis landing on the asteroid and planting explosives.

Cosmic rays
Enormous interstellar fish fly in through the ozone hole and eat us all.

Disappearance of the honeybee
Death. Where is thy sting? And my honey, come to that?

Global financial collapse
The world economy goes tits up, Mankind cannot keep up its mortgage repayments and the Martians repossess the Earth.

Scare story
The whole world suffocates beneath a pile of Daily Mails announcing the end of the world. But property prices hold up, so that’s OK.

Conclusion
Any of the above. Or next week’s scare story.

If you're reading on a tablet or small screen, click on the three lines above for the full guide

Not FOR beginners, but BY beginners…

“Most beginner’s guides are for beginners. This is different. It’s BY beginners…”

New entries to the right   ➙